This week cyber misogyny once again made headlines with the on-air harassment of CityNews reporter Shauna Hunt. Hunt was interviewing a pair of soccer fans when a man came up to her and yelled into her microphone “f*** her right in the pu***.” Apparently “FHRITP,” as it’s known, became a viral internet phenomenon after comedian John Cain made the comment in a series of staged broadcasts for a fake news agency.

Having had enough of this harassment, Hunt confronted the heckler and his friends who defended their conduct as “f***ing amazing” and “f***ing hilarious.” Hunt posted the video on Twitter and asked her followers to retweet. It went viral. One of these men has since been fired from his job at Hydro One for his involvement in the incident.

Also this week, the hashtag #MyTroll has been trending after the online harassment-reporting platform HeartMob asked Twitter users to share their stories. The results are staggering.

In light of these events, I thought I too would share my experience with cyber misogyny.

I’m relatively new to the blogging world. I started my blog last fall after years of consideration. Why did it take me years to start writing? One word: comments. Sure, I was a lawyer. Sure, I had been to court, taught courses, spoken publically and faced questions and critique from many intelligent people, some of whom did not agree with me. But none of that was nearly as scary as opening myself up to the internet.

I’ve been blogging for several months now and all things considered I have been fairly lucky. I have yet to be threatened with murder or rape like blogger Anita Sarkeesian of Feminist Frequency. I have yet to receive a bomb threat like classics professor Mary Beard. And I have yet to have a traumatic childhood memory triggered by a misogynistic tweet like actress Ashley Judd.

I have, however, been called duplicitous, ugly, whiny, a f***ing hack and a precious little snowflake. I have been told (many times) that no one gives a sh** about what I have to say and that I should shut up and move on with my life. This one is my favourite. It was in the comments section of a Province article where I was advocating for women to have the choice between wearing shorts and a skirt for field hockey:

Joe-Rachel Portelance: 9 out of 10 times these days it’s a woman whining and complaining about some rule or right etc…… So ya I do understand that a lot of the news only really centers on women complaining about one thing or another. Nor our fault they got the short end of the evolutionary stick. If the Province keeps it up they might drive away some of its male readers due to getting sick of women’s complaints. Especially those damn inquiries into the murdered women… sorry cupcakes a lot more men get murdered than women…you do not see the men whining for inquiry after inquiry hence my statement of feminine BS.

What have I done to deserve these attacks? I dared to open my mouth and discuss issues that impact women today. You know, roughly 50% of the population? These comments reveal that trolls do not care about engaging in a debate. Their only objective is to scare women into silence.

According to Mary Beard, this response should come as no surprise. As she points out, men have been silencing outspoken women since the days of the ancients. “It doesn’t much matter what line of argument you take as a woman. If you venture into traditional male territory, the abuse comes anyway. It’s not what you say that prompts it –it’s the fact that you are saying it.”

Fortunately for me, my short blogging career has also introduced me to a related phenomenon, and that is troll-slaying. Troll-slaying is the practice of calling out internet cyber misogynists and holding them accountable for their actions. I love troll-slayers. Without these brave men and women who risk exposing themselves to hate and ridicule by defending women under attack, reading the comments section of blog posts and news articles would be simply unbearable. Here are three more troll-slayers I’d like to celebrate.

This classics professor at the University of Cambridge has been a vocal critic of cyber misogyny after she herself became a target. Beard has been sent rape threats, bomb threats and once had an image of herself as genitalia circulated on the internet.

So far Beard has been fairly successful in shutting her trolls down.  She has discovered that, quite often, she receives not only an apology but also an explanation from her trolls when she publishes their remarks widely.  For instance, Beard received an apology from a twenty-year-old university student who tweeted “You filthy old slut.  I bet your vagina is disgusting” after one of her followers offered to inform the student’s mother of his online behaviour.

Despite the nasty things the trolls say about her, Beard manages to remain compassionate.  She has been known to correspond with her trolls and help them out.  Beard is even writing a letter of reference for the university student troll.  “He is going to find it hard to get a job, because as soon as you Google his name that is what comes up,” she said. “And although he was a very silly, injudicious, and at that moment not very pleasant young guy, I don’t actually think one tweet should ruin your job prospects.”

Laws immediately came to her daughter’s defence, and for two years dedicated herself to getting the photo taken down and having Moore arrested for violating copyright law and hacking activities. Moore became the expert in this murky area of law while tracking down and interviewing other victims, researching cases and pushing to get the FBI involved. After two years, Moore was arrested and charged with multiple counts of conspiracy, unauthorized access to a protected computer to obtain information and aggravated identity theft. His website was shut down and he entered a guilty plea in February. 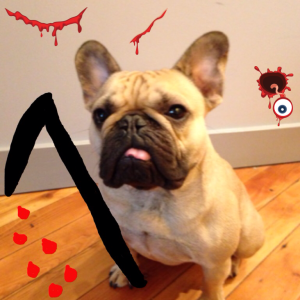 No, I’m not talking about the detective from Law & Order. This was the troll-slaying persona adopted by my little sister around the time of my field hockey skirt/shorts media blitz. While I was fielding calls from reporters and radio show hosts, my sister was keeping tabs on the comments sections and calling out anyone and everyone who left a nasty message. Here are a couple examples of her work:

Lloyd: Let each player choose what they want to wear! I can’t believe this is even a discussion! What century are we in? Because it is tradition? You know what else is tradition? Women not being able to go to school or being allowed to have jobs? Not using birth control? Fathers choosing their daughters husbands. Come on people!

Lloyd: @NoMoreBull “Now they want the world to change to suit them”. Yes, that is how we make positive changes in the world. To question old, out dated, sexist traditions that can make people, for whatever reason feel uncomfortable.

Thank you to my sister and all the other brave troll-slayers out there. May your courage and conviction inspire us all to take a stand against cyber misogyny. 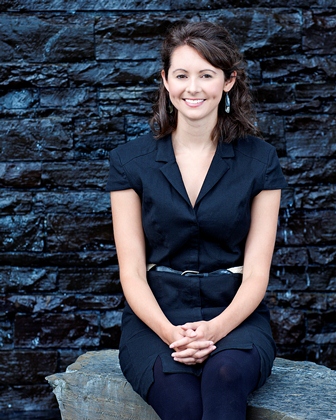 Hi, I’m Kaity and this is my social justice blog. I decided to start writing this blog to draw attention to pervasive inequalities in Canada and to inspire positive social change. Feel free to read more about me on my About and My Story pages.